When We First Met

=>Also Coming to Netflix in February<=

Noah spends the perfect first night with Avery, the girl of his dreams, but gets relegated to the friend zone. He spends the next three years wondering what went wrong – until he gets the unexpected chance to travel back in time and alter that night – and his fate – over and over again.

The History of Dating • When We First Met 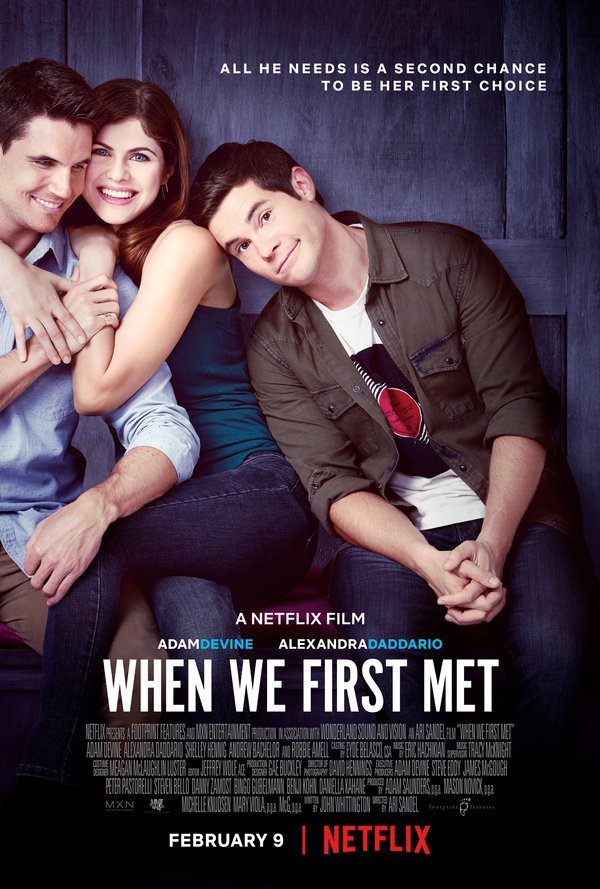