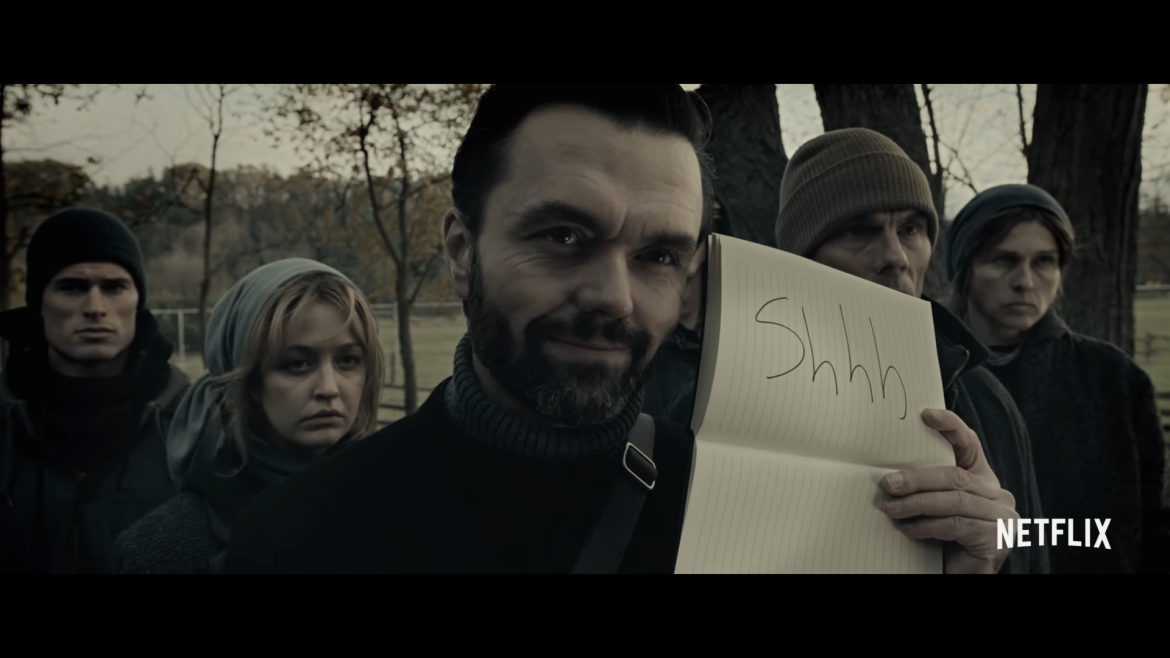 When the world is under attack from terrifying creatures who hunt their human prey by sound, 16-year old Ally Andrews (Kiernan Shipka), who lost her hearing at 13, and her family seek refuge in a remote haven.

But they discover a sinister cult who are eager to exploit Ally’s heightened senses. Based on the acclaimed novel, THE SILENCE is directed by John R. Leonetti (ANNABELLE) and stars Stanley Tucci, Kiernan Shipka, Miranda Otto, John Corbett, Kate Trotter and Kyle Breitkopf.

Based on The Silence, by Tim Lebbon

Watch on April 12th, only on Netflix.

Undercover [TRAILER] Coming to Netflix May 3, 2019